Hydrogen Fuelling in a Green Environment 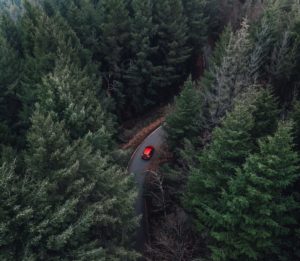 We often hear the phrase “It’s not rocket science”  but in the case of hydrogen, it really is. Hydrogen, the most abundant chemical in the universe powered the first space shuttle into orbit and has continued powering space exploration ever since.

Meanwhile, back on Planet Earth, it is making inroads in a number of areas due to its many advantages as a fuel. It has the ability to produce energy with no emissions other than water. Due to its easy manufacturing process, hydrogen provides the perfect antidote to the pollution heavy, finite fossil fuels upon which we currently rely. Easily manufactured and not producing harmful emissions makes it especially attractive when energy production is required in a city location or in rural areas beyond the reach of the utility network.

Whilst it may appear to be the proverbial “wonder fuel” it does however have some attributes which may make it less favourable - but do they really constitute a significant barrier to adoption?

What are the challenges that hydrogen faces?

The single most obvious limitation to the use of hydrogen is that is does not occur naturally. Unlike natural gas, it must be made, and of course doing so requires energy.

So does this negate its green credentials?

Not necessarily. If hydrogen, or virtually any other non-fossil synthesised fuel, is to be used it requires energy and because energy input will always be greater than output, there is an efficiency penalty in creating hydrogen.

The most important question, however, is from where the power to make the hydrogen comes. For this very reason a market in green hydrogen has emerged. Typically, this involves the use of surplus energy during the night from wind farms to electrolyse hydrogen (although other sources of green power could also be used).

Although it is true that the overall cycle efficiency of such a solution is lower than the use of the electricity directly, there are two important things to consider. First, it is surplus power, so not otherwise being used. Secondly, and perhaps more importantly, there is no environmental cost in “wasting” the wind, so any use over curtailment is beneficial. In the longer term, solar and additional wind power could be used to make hydrogen for a wider market, thereby providing green electrical power for connected users and hydrogen for use in grid independent and mobile applications. There has been a significant decline in the cost of renewable power over recent years, this is collelating to a material reduction in the cost of Hydrogen which in turn further enhances this fuels credentials.

How easy is it to distribute and store?

If we look back to its use as a rocket fuel, we should note that when measured per “unit mass”, hydrogen is one of the most energy dense fuels available. This is great for getting rockets in the air, but hydrogen is less energy dense “by volume” than other conventional fuels even if liquified. It is worse still if stored in compressed form. Most fuels are transported volumetrically, and as there is a cost and energy penalty in liquification, this could be seen as a disadvantage but perhaps a potential solution to transporting hydrogen already exists in the form of ammonia, a widely used industrial chemical. Surprisingly, ammonia actually contains more hydrogen per unit volume than pure hydrogen, whilst also being much easier to liquify.

The use of ammonia provides a much more effective method of transporting hydrogen which can be accomplished in much the same way as Liquid Petrol Gas (PGL) is transported, and indeed the exact same tankers can be used.

Those same transport advantages also make storage a more efficient proposition. This translates into a smaller footprint for the same volume of stored energy.

Clearly the above demonstrates a viable means of transporting and storing hydrogen as ammonia However, three possible questions remain:

How is ammonia made?

Ammonia is traditionally made from natural gas using the Haber Bosch process, which of course is not green. Due to the amount used globally, though, pressure has been building for some time to find a more environmentally clean method to manufacture ammonia. Much research and development has been undertaken and new forms of green ammonia are now becoming a reality. Companies such as BP, ENGIE, Yara International, ThyssenKrupp AG and Siemens AG have several live projects underway across Australasia and thoroughout the Nordics. These new methods provide a very credible argument for it being classified as an alternative green fuel.

In terms of cost, ammonia compares very favourably with other sources of hydrogen, in most cases being several times cheaper. If we then factor in the higher cost of transportation for pure hydrogen, ammonia is the most economically sound choice as a source of hydrogen.

How easy is it to turn back into Hydrogen?

Turning the ammonia back into hydrogen for a fuel cell to use requires a catalytic cracker. This is already an established technology, and has no emissions when in use other than nitrogen which has to be harvested from the atmosphere to make the ammonia in the first place.

Is Hydrogen a viable fuel for the future?

Although we may like to idealise hydrogen as being “the fuel of the future”, like any solution in the real world there are inevitably one or two compromises necessary, some technical and some commercial. Taken in the whole, however, all the technical challenges are surmountable with current technologies and provide a practical, zero-emissions alternative to fossil fuels.

The elephant in the room is that all these technologies and processes are more expensive than fossil fuels. Whilst those fuels continue to be priced on the basis of an extraction cost, and an arbitrary level of taxation, a true “value” that includes any environmental impacts does not exist. This is especially so as the tax raised is rarely spent on environmental projects, but rather on other public spending that inevitably gives rise to carbon emissions.

Levelling the playing field on an environmental impact basis so that green hydrogen, and particularly green ammonia, can compete on even terms will go some way to ensuring the future adoption of hydrogen on a sound, technical, environmental and commercial basis.

Emission-free solutions by AFC Energy - for a better world

As a supporting member of the Hydrogen Council, alongside its other members, policy makers and regulators, AFC Energy is fully supportive of the important role hydrogen will play in the decarbonisation agenda.

As the leading provider of alkaline fuel cell solutions, AFC Energy is in the vanguard of energy transition and will be a key enabler in achieving the goal of a zero carbon emission economy.

AFC Energy’s proprietary zero emission H-PowerTM fuel cell system is designed to provide scalable (20kW to multi-MW), clean, off-grid power solutions for industries where grid capacity is constrained or indeed, where it does not exist at all.  It is easily transportable and boasts the highest electrical efficiency in the market (~60% at fuel cell module).

In December 2019, a range of standalone off-grid hydrogen power technologies to fit the emerging landscape of markets for zero-carbon energy, and in response to consumer enquiries where those customers suffered from the absence of grid connectivity, or where grid upgrade was considered either too expensive or would take too long.

Over 500 discrete construction owners, plant hire owners, fleet owners, local councils and charge point operators have expressed interest in the system in the UK alone and have seen it operate live as a short to medium term solution to grid connectivity challenges.

The system is containerised and modular allowing fast deployment and can be sized from daily generation capacity of 500kW through to multi-MW.

Systems can also work alongside the grid where capacity is available with the fuel cell supporting times of peak load.  Further, in response to enquiries from the UK’s market regulator, the system is also able to send power back into the grid to support stable grid operation in a manner which does not generate any emissions (as opposed to diesel or gas).

Systems have been demonstrated in the field and offer a high technology readiness level, can integrate with all forms of energy storage for fast response and can be grid independent or grid supportive with flexible siting whether outdoor, enclosed or containerised.  Configured as an EV Charger the system can mitigate EV charge point deployment risks such as charge point siting, allow prioritisation of larger scale grid augmentation without compromising  EV deployment in areas of lower demand and allow deferral of capital intensive grid augmentation in advance of EV demand. Further, it can work with DNOs to support EV charging in a way which collectively enables the dispatch of power back into the grid at times of peak demand.

Alternatively, if configured as a hydrogen power generator construction sites can operate with zero greenhouse emissions and with full compliance in line with Non Roadside Mobile Machinery  emissions regulations “NRMM”.

The system has been the subject of independent HAZOPs and meets health and safety standards and regulations. It is presently being CE marked.  System deployment is capable in 2020 and at present, AFC Energy is working with industry in general and Councils in particular to define a business model for system deployment.

System power pricing is within the band of current grid based rapid charging units in the market today.