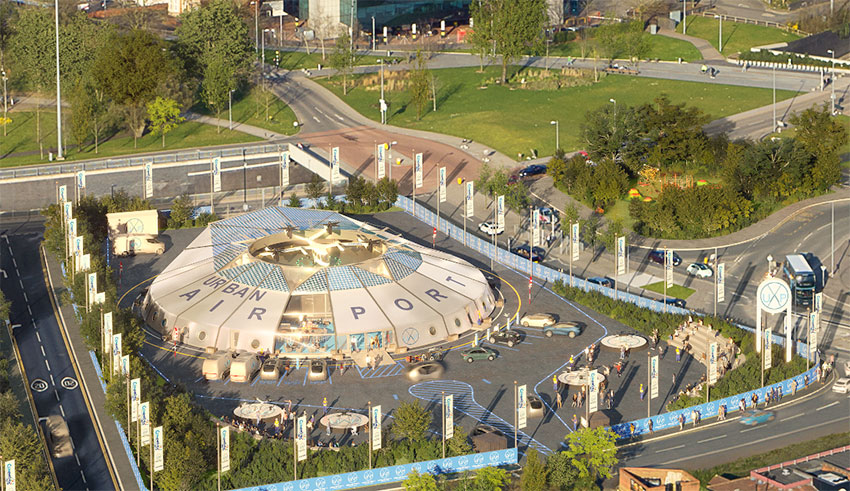 AFC Energy (AIM: AFC), a leading provider of hydrogen power generation technologies, is pleased to announce that one of its hydrogen fuel cells is being showcased at Air One - the world’s first fully operational Urban-Air Port, situated in Coventry, which opened last week.

The hydrogen fuel cell being supplied by the Company is being used to charge Air One’s fleet of EV service vehicles. This follows the Collaboration Agreement AFC Energy signed with Urban-Air Port Limited in September 2021.

In addition to exhibiting the hydrogen fuel cells charging the Air One EV service vehicles, AFC Energy also showcased its recently launched autonomous ‘Power Tower’ EV charging system. As outlined in the announcement dated 7 April 2022, the Power Tower is an energy dense, yet highly efficient off-grid power solution designed to help combat the infrastructure challenges facing EV charging. The charging solution can be installed on a temporary or permanent basis and is aimed at helping vehicles where grid connectivity is not viable.

“AFC Energy is pleased to be partnering with Urban-Air Port in support of its bold vision to decarbonise air and ground based transportation through its modular hub ecosystems in both dense urban and remote locations. This aligns with our commitment to eradicate the use of diesel generation in grid constrained environments, and we look forward to expanding our partnership with Urban-Air Port.”

"AFC Energy are creating the zero-emission off-grid power solutions of the future, their vision and execution in this field is unmatched, making them a perfect partner for Urban-Air Port. We're proud to have AFC Energy alongside us providing clean green off-grid power at our Air One demonstration of the world's first operational vertiport.”